A contract for the development of design documentation for Sinfonia Varsovia’s new concert hall and architectural development of the property at 272 Grochowska Street was signed in October 2015. As of today, the comprehensive conceptual design (expanding on the winning competition design) was approved in line with the timetable.

The design encompasses the whole Sinfonia Varsovia Centrum complex, including five historical buildings, a new concert hall with a surrounding lattice frame and a garden. A scale model of the design and new visualisations have also been developed. The comprehensive conceptual design expands on the functionalities of the individual buildings. The concept for the garden and the architectural form of the frame have also evolved, becoming more translucent in the process.

We are happy that architect Thomas Pucher has taken into account comments from Warsaw residents when working on the conceptual design of the Sinfonia Varsovia Centrum. However, he did this in such a way so as not to lose sight of the original vision which has delighted the jury of the international architectural competition in 2010 – comments Janusz Marynowski, director of the Sinfonia Varsovia Orchestra. Suspended 3 metres above the ground, the frame surrounding the will now be translucent, so looking at Sinfonia Varsovia Centrum, the main historical building will be visible from without, on Grochowska Street – Marynowski assures us.

Sinfonia Varsovia Centrum is not just a number of concert halls, including the largest venue in Poland, whose unique design combines the shoebox and vineyard designs with excellent acoustics designed by the Berlin-based Müller-BBM GmbH with support from the Brussels-based team of Kahle Acoustics. The complex includes space for young artists (Sinfonia Varsovia Academy, artists’ residences, rehearsal halls), a recording studio, conference hall and educational facilities for various age groups. There will also be space simply to relax, including a café combined with a music store, a restaurant, a garden which merges with the Obwodu Praga AK Park and a terrace situated 20 m above street level, which will allow visitors to admire the panorama of Warsaw.

The construction of Sinfonia Varsovia Centrum is a flagship project of the Programme for the Revival of the Praga District. It is of enormous importance to the development of Warsaw on the eastern bank of the Vistula river. By adopting this approach, the capital follows the example of other European cities which have located important cultural institutions in areas covered by revival programmes. Music is an excellent platform to build and strengthen community ties. I hope that Sinfonia Varsovia Centrum will be an important place for the local community, a space in which residents will feel at home, of which they will be proud. I am convinced this will be a place of attraction for tourists and artists from all over the world – says Michał Olszewski, Deputy President of the Capital City of Warsaw.

The project is financed from the budget of the Capital City of Warsaw. At the architectural competition stage in 2010 the construction cost was estimated at approximately PLN 460 million. This value will be revised upon completion of the design work. The city budget has earmarked an amount of ca. PLN 280 million. 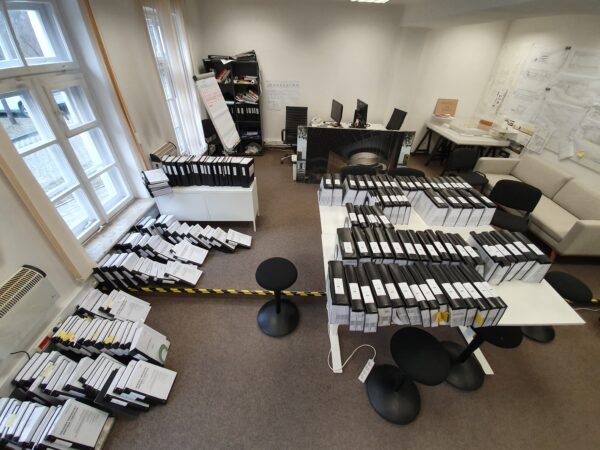 At the beginning of April 2021, we accepted the last part of the design documentation, including detailed design and technical specifications for the conversion of five historic buildings of the former Institute of Veterinary Medicine, the designs of a new building with a concert hall, a frame, and a garden on the 2.6-hectare area used by Sinfonia Varsovia. 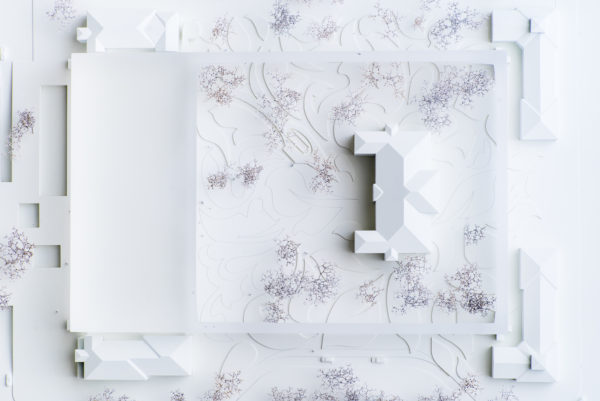 14 June 2018 Council of Capital City of Warsaw adopts resolution introducing changes in the city budget to enable acceptance of construction design and submission of application to obtain a construction permit for the construction of Sinfonia Varsovia Centrum. 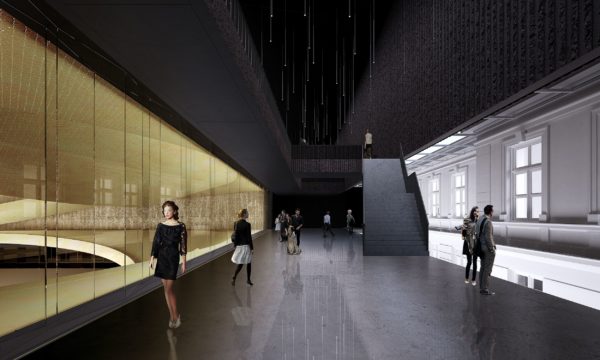 We are very happy to hear of the Council of the Capital City of Warsaw adopting a resolution changing the city’s budget to allow us to approve the construction design and submit an application to obtain a construction permit to build the Sinfonia Varsovia Centrum, and subsequently to let a tender intended to select the general contractor of the construction works. 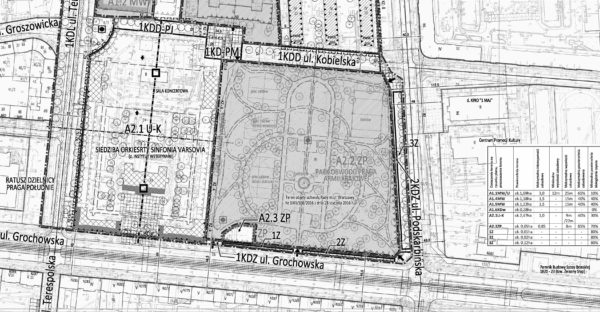 The new local spatial development plan allowing for the commencement of further work on the construction of Sinfonia Varsovia Orchestra’s new home became effective on 23 May 2017. 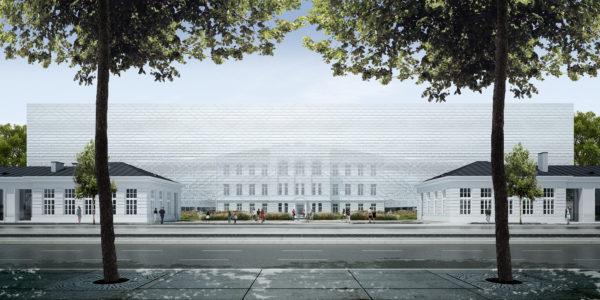 We hereby invite the residents of the Praga Południe district, as well as all other interested parties to attend a meeting featuring the presentation of the architectural concept of a new music centre centred around the Sinfonia Varsovia Orchestra, to be built in Warsaw’s Kamionek district.